How MURI was reduced at India’s largest hotel chain 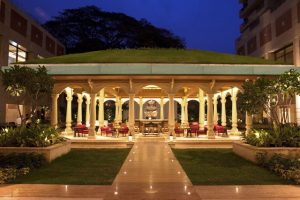 and have experienced a very minor dip in my experience but it did not bother me much as the staff know me well and my busy schedule kept me blinded from such issues until one day the director was free and we had a drink in the bar. I worked on this project with an objective to remove Muri or stress and this article was published  as a success story by ASQ

Sunil Kumar V Kaushik is a freelance Six Sigma trainer and consultant who is also an ASQ Influential Voices author. Hired by a major hotel chain in India to train its senior management on Six Sigma practices, Kaushik was retained to complete a process improvement project in September 2013 for the chain, which operates in 16 countries and employs more than 9,000 individuals.

The director of the Bangalore branch, who was also the project sponsor, shared that for the previous year, the company had experienced a large spike in customer escalations due to numerous mistakes from the staff. Kaushik gathered a sample of the mistakes through interviews and analyzed the details to learn they were all linked to not following the process.

For example, when a family came to the restaurant with kids, staff members did not ask if the parents required special seating for their infant children, and if the customers requested one, the employees did not put in effort to finding one, or bluntly would tell the family they did not have one. Also, several customers had to repeatedly request water that was not served on time, and even some regular guests requested specific tables to avoid certain employees whom they thought provided poor service.

Kaushik felt it difficult to put in place a process to fix these issues, as they all involved human interactions and the only measure could have been to learn how much effort the staff had made to please the customer. When he looked at the tenure of the staff to  validate if there were needs for additional training, 64 percent of the employees were on the job for less than one year, while 20 percent were less than two years, and only 17 percent had been working for the company for more than two years.

It became increasingly clear that training, or lack thereof, was at the root of the problem due to a large population of relatively new staff members coming in contact with customers.

Author, Quality and Business transformation professional, innovator and a pedagogue with an experience of 13 years working and consulting for fortune 100 companies. I am passionate about TRIZ and have been helping my clients to Innovate patent-able ideas. Spent a year and half of my life to turn the world on a bicycle, passing through 22 countries and in each country, tried to be in contact with ASQ and other Quality Local members communities to give lectures and workshop spreading out the ideas of Quality and Innovation.